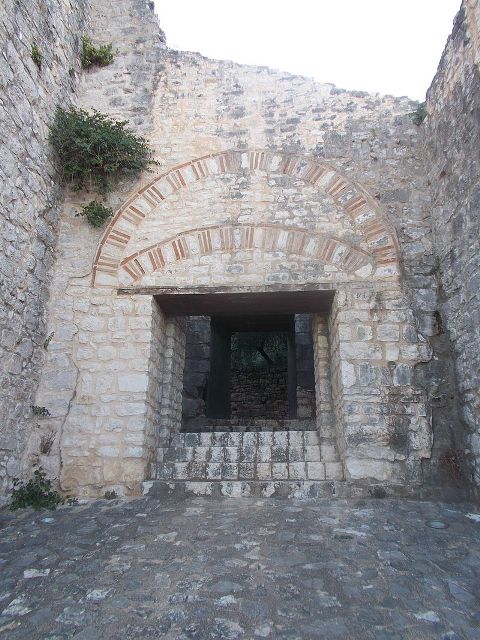 Location: Kassiopi, Corfu, Greece.
Built: 582–602 AD.
Condition: In good condition.
Ownership / Access: --
Notes: Kassiopi Castle (Greek: Κάστρο Κασσιώπης) is a castle on the northeastern coast of Corfu overseeing the fishing village of Kassiopi. It was one of three Byzantine-period castles that defended the island before the Venetian era (1386–1797). The castles formed a defensive triangle, with Gardiki guarding the island's south, Kassiopi the northeast and Angelokastro the northwest. Its position at the northeastern coast of Corfu overseeing the Corfu Channel that separates the island from the mainland gave the castle an important vantage point and an elevated strategic significance. Kassiopi Castle is considered one of the most imposing architectural remains in the Ionian Islands, along with Angelokastro, Gardiki Castle and the two Venetian Fortresses of Corfu City, the Citadel and the New Fort.

How To Get To Kassiopi Castle (Map):