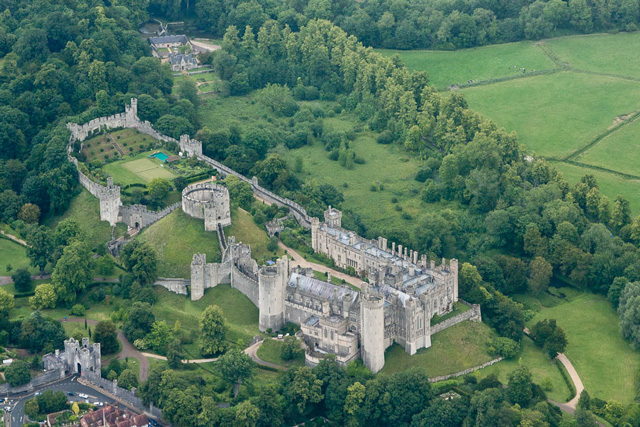 Location: Arundel, West Sussex, England.
Built: 12th-13th century.
Condition: Heavily restored.
Ownership / Access: Duke of Norfolk.
Opening times: Check their website for more info.
Price of admission: Check their website for more info.
Notes: Arundel Castle is a restored and remodeled medieval castle in Arundel, West Sussex, England. It was established by Roger de Montgomery on Christmas Day 1067. Roger became the first to hold the earldom of Arundel by the graces of William the Conqueror. The castle was damaged in the English Civil War and then restored in the 18th and 19th centuries. From the 11th century, the castle has served as a home and has been in the ownership of the family of the Duke of Norfolk for over 400 years. It is the principal seat of the Norfolk family. It is a Grade I listed building.

How To Get To Arundel Castle (Map):