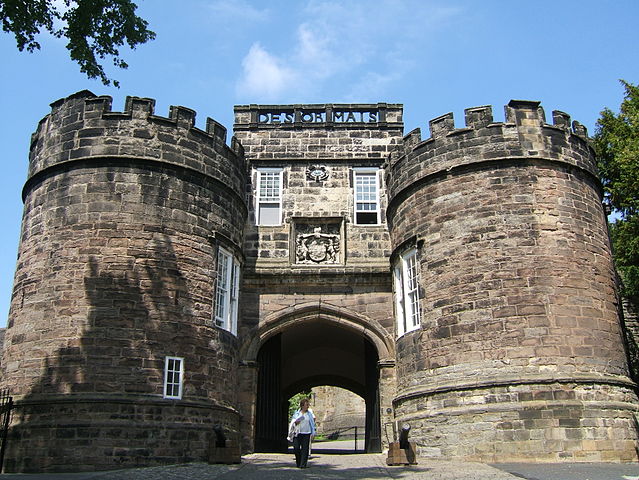 Location: Skipton, North Yorkshire, England.
Built: 12-17th century.
Condition: Restored.
Ownership / Access: Historic House Open to Public.
Opening times: Check their website for more info.
Price of admission: Check their website for more info.
Notes: Skipton Castle is a medieval castle in Skipton, North Yorkshire, England. It was built in 1090 by Robert de Romille, a Norman baron, and has been preserved for over 900 years. The castle was originally a motte and bailey castle built in 1090 by Robert de Romille, lord of the multiple estates of Bolton Abbey. Shortly after 1102 Henry I extended Romille's lands to include all of upper Wharfedale and upper Airedale. The earth and wood castle was rebuilt in stone to withstand attacks by the Scots. The cliffs behind the castle, dropping down to Eller Beck, made the castle a perfect defensive structure. The Romille line died out, and in 1310 Edward II granted the castle to Robert Clifford who was appointed Lord Clifford of Skipton and Guardian of Craven. Robert Clifford ordered many improvements to the fortifications, but died in the Battle of Bannockburn in 1314 when the improvements were barely complete. During the English Civil War the castle was the only Royalist stronghold in the north of England until December 1645. After a three-year siege, a surrender was negotiated in 1645 between Oliver Cromwell and the Royalists. Cromwell ordered the removal of the castle roofs. Legend has it that during the siege, sheep fleeces were hung over the walls to deaden the impact from the rounds of cannon fire. Sheep fleeces feature in the town's coat of arms. Skipton remained the Cliffords' principal seat until 1676. Lady Anne Clifford (1590-1676) was the last Clifford to own it. After the siege, she ordered repairs and she planted a yew tree in the central courtyard to commemorate its repair after the war. Today Skipton Castle is a well preserved medieval castle and is a tourist attraction and private residence.

How To Get To Skipton Castle (Map):