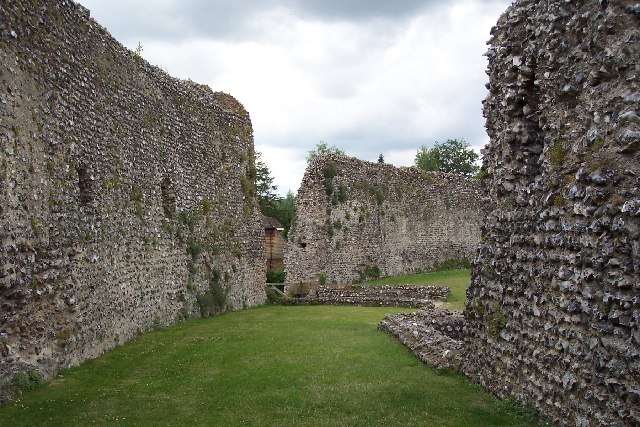 Location: Eynsford, Kent, England.
Built: 12th century.
Condition: Fragmentary ruins.
Ownership / Access: English Heritage.
Opening times: Open Daily from 10:00 - 18:00.
Price of admission: Free.
Notes: Eynsford Castle is a stone Norman castle in the English county of Kent, within the civil parish bounds of the village of Eynsford. It is largely non-rebuilt and has seen natural decay but virtually no plunder for building materials. It was historically the manor owning most of the land of the village.[1] Built in 1088 and occupied by local nobility but ransacked in the 14th century it fell into decay and is now in the care of English Heritage and open to the public. For years it was used as dog kennels by the Hart-Dyke family of nearby Lullingstone Castle and manor, who were maternal descendants of courtier Francis Hart.

How To Get To Eynsford Castle (Map):