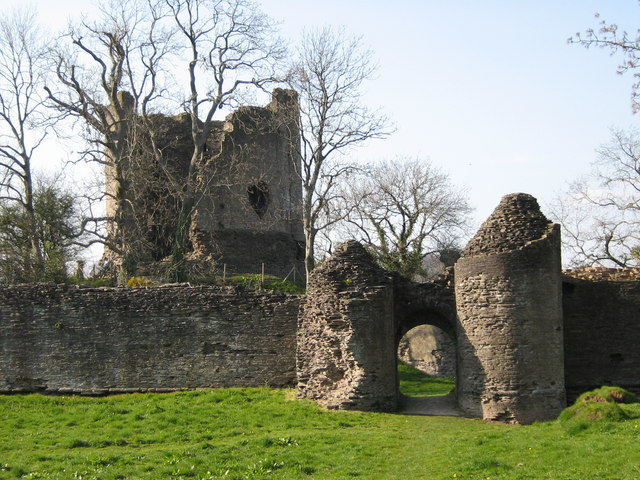 Location: Longtown, Herefordshire, England.
Built: 12th-13th century.
Condition: Fragmentary ruins.
Ownership / Access: English Heritage. Open to Public.
Opening Times: Check their website for more info.
Price of Admission: Check their website for more info.
Notes: Longtown Castle, also termed Ewias Lacey in early accounts, is a ruined Norman motte-and-bailey fortification in Longtown, Herefordshire. Built around 1175 by Hugh de Lacy, possibly reusing former Roman earthworks, the castle had an unusual design with three baileys and two large enclosures to protect the neighbouring town. Early in the next century the castle was rebuilt in stone, with a circular keep erected on the motte and a gatehouse constructed between the inner and outer western baileys. By the 14th century, Longtown Castle had fallen into decline. Despite being pressed back into use during the Owain Glyndwr rising in 1403, it became ruined. In the 21st century the castle is maintained by English Heritage and operated as a tourist attraction.

How To Get To Longtown Court (Map):