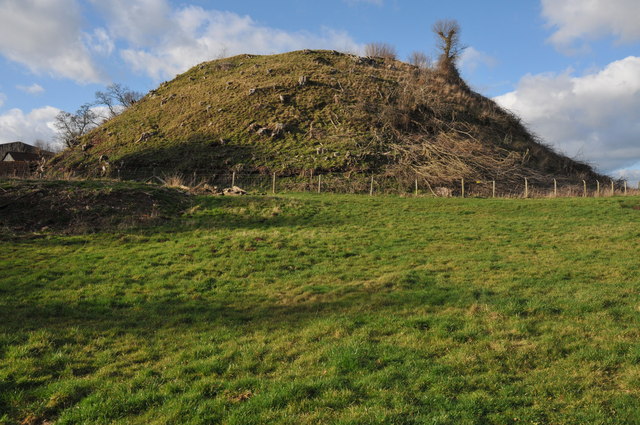 Location: Ewyas Harold, Herefordshire, England.
Built: 1048.
Condition: Motte.
Ownership / Access: --
Notes: Ewyas Harold Castle was a castle in the village of Ewyas Harold in Herefordshire, England. The first castle on the site is believed to be one of the very few which were built before the Norman conquest under the Saxons, probably in 1048, on the site of an earlier fortification, possibly by Osbern Pentecost. It was a motte and bailey castle overlooking the Dulas Brook. In 1052 the original castle was destroyed either on the orders of Earl Godwin or by the Welsh in a raid. In 1100 a priory was founded within the bailey of the castle. The castle fell into partial decay until the early 15th century. It was then in the possession of William Beauchamp, Lord Abergavenny, who refortified it in the face of the threat from Owain Glyndŵr. There is no record of it being attacked at this time. Owain and his various forces focused their attention on strategies and opportunities elsewhere. Subsequently, it then fell into ruin again by 1645, and today only earthworks remain on the edge of the village to mark where it once stood.