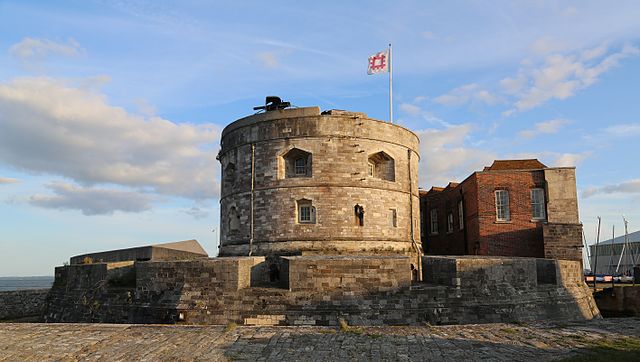 Location: Calshot Spit, Fawley, Hampshire, England.
Built: 16th century.
Condition: Substantially intact.
Ownership / Access: English Heritage.
Notes: Calshot Castle is one of Henry VIII's device forts, built on Calshot Spit at the Solent near Fawley to guard the entrance to Southampton Water (grid reference SU488025). Also known as a Henrician Castle, Calshot was built as part of Henry's chain of coastal defences to defend England's coast from foreign invasion especially during the turbulent times after his break from the Roman Catholic Church. It was built as a circular blockhouse with a three storey central keep in 1540. It is now owned by English Heritage and visitors to the castle can park in the adjacent leisure centre car park.

How To Get To Calshot Castle (Map):