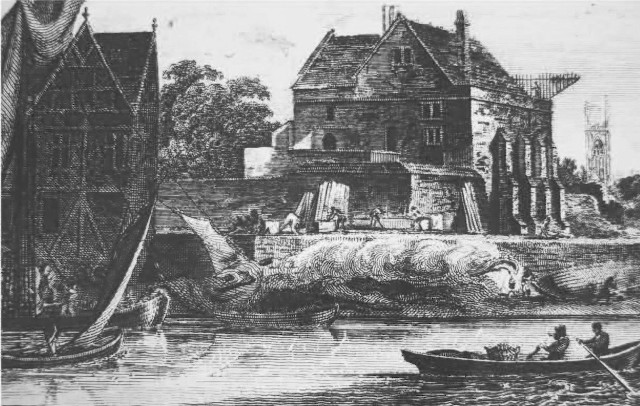 Location: Gloucester, Gloucestershire, England.
Built: --
Condition: Demolished.
Ownership / Access: --
Notes: Gloucester Castle was a castle in the city of Gloucester in the county of Gloucestershire. The castle was demolished and Gloucester Prison built on the site. The Castle was rediscovered in December 2015 by Archaeologists who are investigating the Gloucester Prison site ahead of a new development.[2] Since being rediscovered there have been calls to make the site open to the public. The owners of the site, are currently considering how they will include parts of the castle in their plans for the site's future.