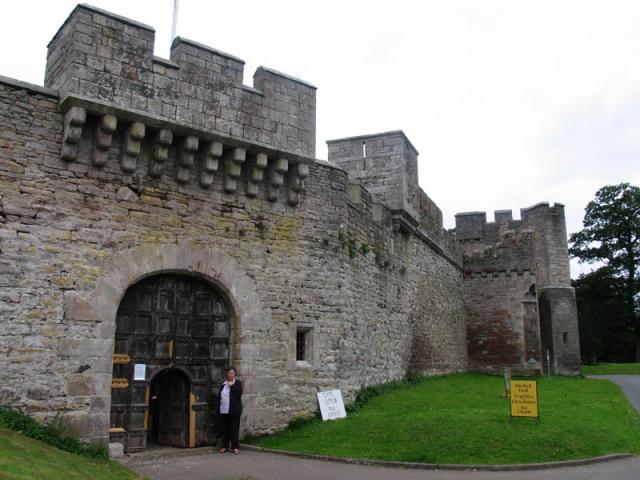 Location: Brougham, Cumbria, England.
Built: 13th-19th century.
Condition: Ruins.
Ownership / Access: Crafts centre.
Opening Times: Check their website for more info.
Price of Admission: Check their website for more info.
Notes:Brougham Hall is located in the village of Brougham just outside Penrith, Cumbria, England. The oldest part of the hall is the Tudor building, which dates back to around 1500 and was once the scene of a bloody battle between the English and Scots. The hall was extended and enlarged between 1830 and 1847, to designs by the architect Lewis Nockalls Cottingham. In the early twentieth century there was a secret tank development facility at Brougham Hall. The project was known as Canal Defence Light (CDL). A plaque at the Hall remembers the men who worked their during the war. There is also a bunker which was used during World War II. The hall was broken up by the 4th Baron Brougham and Vaux, Victor Henry Peter Brougham, in the 1950s so that he could pay his many debts. Today, the hall is the subject of a renovation project by volunteers and is open to visitors throughout the year.

How To Get To Brougham Hall (Map):