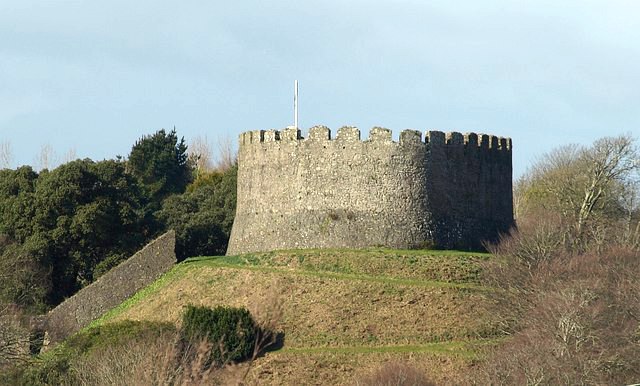 Location: Saltash, Cornwall, England.
Built: 12th-13th century
Condition: Ruins
Ownership / Access: Duchy of Cornwall. Open to the public
Opening Times: Thursday, Friday and Saturday 11.00am - 4.30pm
Price of Admission: Free.
Notes: Trematon Castle is situated near Saltash in Cornwall, England, United Kingdom. It was the caput of the feudal barony of Trematon. It is similar in style to the later Restormel Castle, with a 12th-century keep. Trematon Castle overlooks Plymouth Sound and was built probably by Robert, Count of Mortain on the ruins of an earlier Roman fort: it is a motte-and-bailey castle and dates from soon after the Norman conquest. It occupies a sentinel position one and a half miles south-east of Trematon village.

How To Get To Trematon Castle (Map):