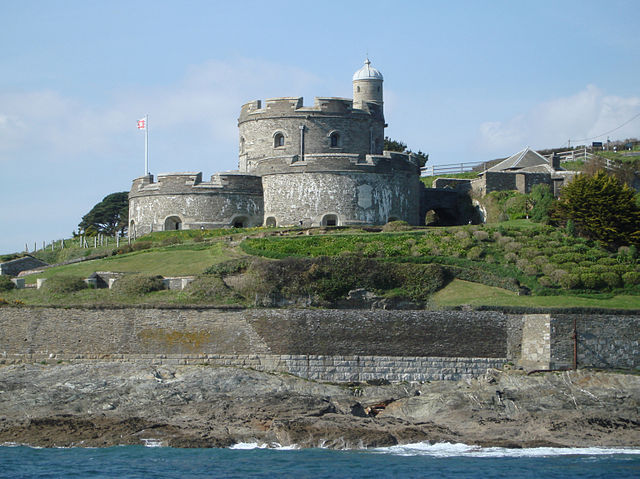 Location: Falmouth, Cornwall, England.
Built: 1540-1543
Condition: Ruins
Ownership / Access: English Heritage. Open to the public
Opening Times: Open daily at 10am to 5pm.
Price of Admission: Not Free.
Notes: St. Mawes castle is a Device fort built between 1540 and 1545 as part of Henry VIII's south coast fortifications. Together with its sister castle at Pendennis, St. Mawes defended the approaches to Carrick Roads, one of the largest natural harbours in the country. It was built just above an earlier fortification dating to the late 1530s. The building work was supervised by Thomas Treffry, who supervised the building of Pendennis Castle at about the same time. St Mawes was constructed with a central tower overlooking three huge circular bastions attached on the sides in a clover leaf pattern, providing a wide area for gun placements, with gun ports covering every angle of approach to the estuary. The clover-leaf plan was originally designed to mount "ship-sinking" guns. The castle was occupied by the Royalists in the English Civil War, but it was not defensible from land attack, and it surrendered to Parliamentary forces in 1646. In the late 17th century a lead-covered dome (cupola) was added to the castle's stair turret as a navigational aid or daymark.

How To Get To St. Mawes Castle (Map):