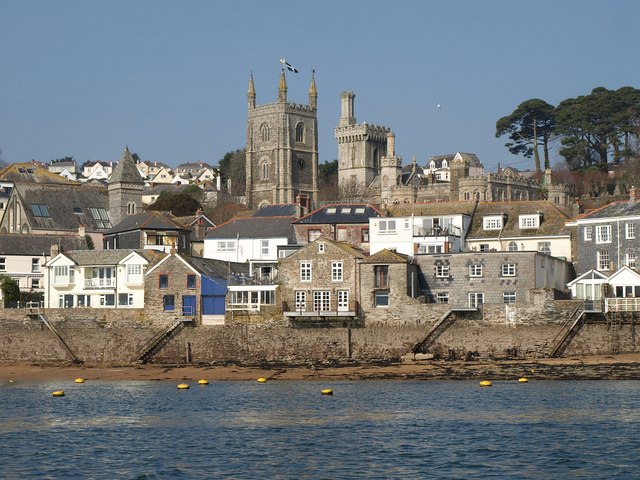 Location: Fowey, Cornwall, England.
Built: 15th-19th century
Condition: Rebuilt
Ownership / Access: Joseph Thomas Treffry
Opening Times: Not open to the public.
Price of Admission: Private property.
Notes: Home of the Treffry family since the thirteenth century, the original structure was a fifteenth-century tower, which was defended against the French in 1475 by Dame Elizabeth Treffry. It was strengthened soon afterwards, largely rebuilt in the sixteenth century and remodelled in the nineteenth century, the east front dating mostly from 1817-45.

How To Get To Place House (Map):