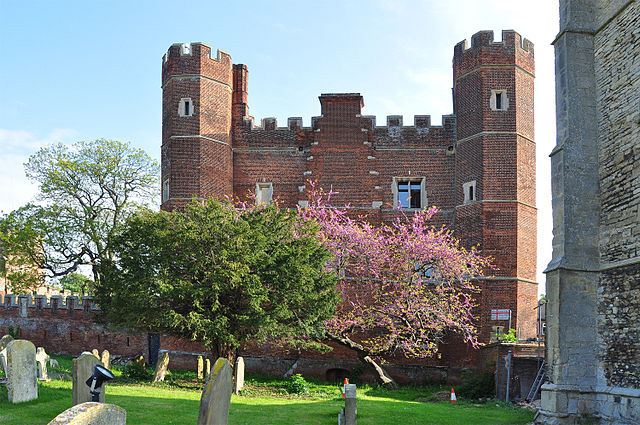 Location: Buckden, Cambridgeshire in England.
Built: 13th-15th century
Condition: Fragment
Ownership / Access: The Claretian Missionaries
Opening Times: Buckden Towers is open for visitors to stroll the grounds during daylight hours.
Price of Admission: Contact them for more information about the prices - Tel: + 44 (0) 1480 810344; Email: claret_centre@claret.org.uk
Notes: Although it is often stated as being built in the 15th century, the first (wooden) Palace was actually built in the late 12th century, when records show it as being used to house the Bishops of Lincoln.

How To Get To Buckden Towers (Map):