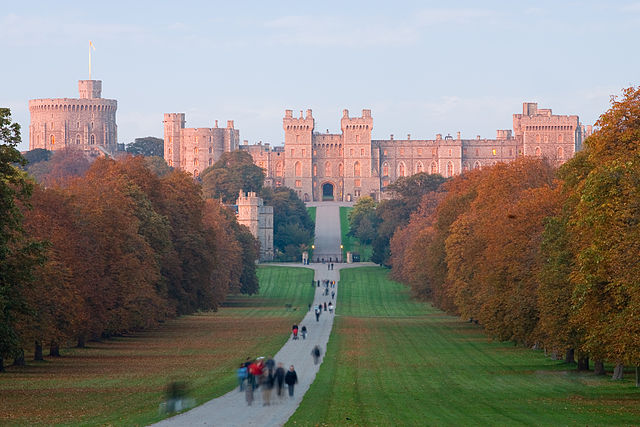 Location: Windsor, Berkshire in England
Built: 12th-19th century
Condition: Intact, used as a royal palace.
Ownership / Access: Owned by the Occupied Royal Palaces Estate on behalf of the nation but day-to-day management is by the Royal Household.
Opening Times: March to October (Open Daily) - 09:45-17:15 and November to February (Open Daily) - 09:45-16:15
Price of Admission: Not Free!! Check the website below for admission prices. [1]
Notes: The original castle was built in the 11th century after the Norman invasion by William the Conqueror. Since the time of Henry I, it has been used by succeeding monarchs and is the longest-occupied palace in Europe.

How To Get To Windsor Castle (Map):