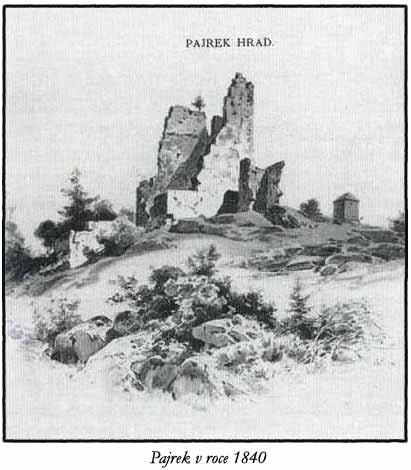 Location: Nýrsko, Czech Republic.
Built: 14th century.
Condition: Remains.
Ownership / Access: --
Notes: The ruins of the Pajrek castle lie in the Czech Republic above the town of Nýrsko in the western part of the Šumava (Bohemian Forest), 505 m a.s.l. This important borderline castle was established at the beginning of the 14th century. In 1472 it was already abandoned. In 1504 the castle was reconstructed, but it was only used until the middle of the 16th century, when it was finally abandoned. Only the remains of the huge tower have been preserved until the present day.