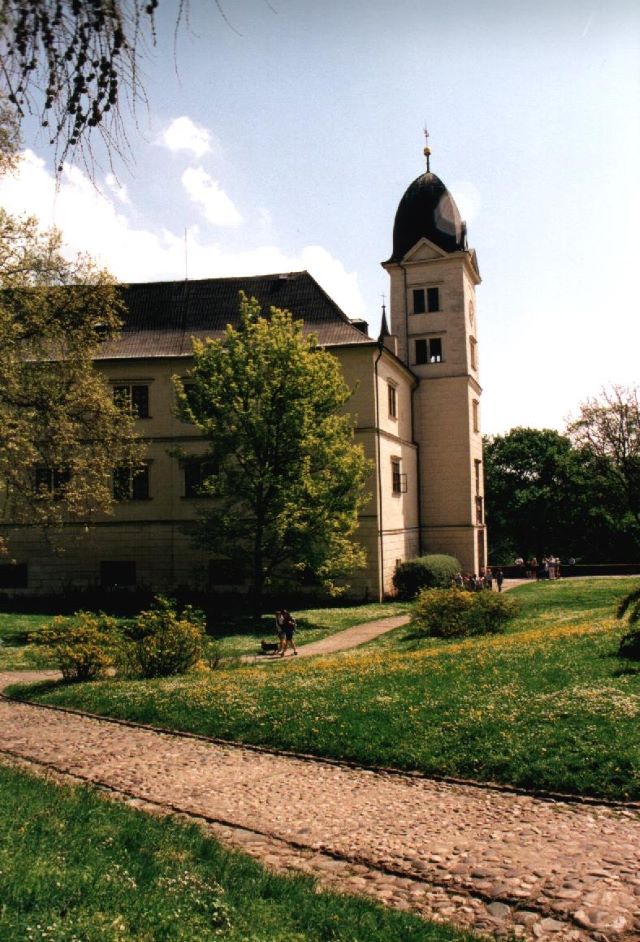 Location: Turnov, Czech Republic.
Built: --
Condition: In good condition.
Ownership / Access: --
Notes: Hrubý Rohozec (German: Groß Rohosetz) is a castle in Turnov, Czech Republic. The original structure was connected to a polygonal tower by a defensive wall. Its purpose, in the 14th century, was to monitor the trade route running below it. Between the two parts of the castle Jan von Šelmberk, and later Konrad Kraiger Kraigk, built Gothic palaces. During the Renaissance the Wartenberg family rebuilt the complex in the style of a chateaux. Albrecht von Wallenstein bought it in 1621 followed by the noble family Desfours, who held it until 1945. After 1822 the castle was upgraded on the basis of plans by the architect Jan F. Joendl. The castle's library, dining room, bedroom and a blue room are open to the public and display their original furnishings.