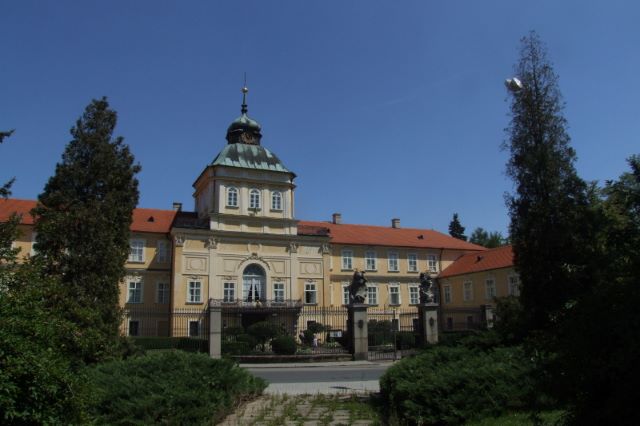 Location: Hořovice, Bohemia, Czech Republic.
Built: 19th century.
Condition: In good condition.
Ownership / Access: --
Notes: Hořovice Castle is a castle located in the town of Hořovice, Bohemia, Czech Republic. It was built in two parts. In the first half of the 19th century by Friedrich Wilhelm I of Hesse, following plans of the architect G. Engelhardt, a major rebuilding took place, adding another story to the building. Its final appearance is due to more refurbishings at the beginning of the 20th century, with the furniture of the rooms being carried out in late classicist style.