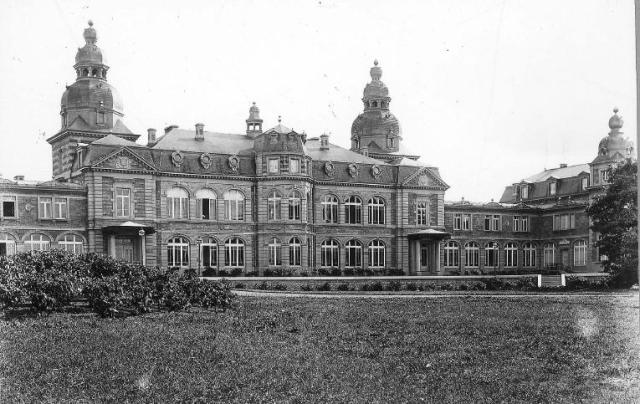 Location: Houyet, Belgium.
Built: 1830s.
Condition: In good condition.
Ownership / Access: Serves as a club house to the Royal Golf Club du Château Royal d'Ardenne.
Notes: Château royal d'Ardenne or the Royal Castle of Ardenne (Château Royal d'Ardenne, formerly also spelled "Hardenne") was situated in the municipality of Houyet in Belgium not far from Ciergnon Castle. The construction of the building was ordered in 1874 by King Leopold II of Belgium, to the plans of his architect Alphonse Balat. It replaced an older hunting lodge built in the 1830s by Leopold I. King Leopold II wanted to promote the Belgian region of the Ardennes as a holiday destination for the international jet-set. To this end he had his château converted into a luxury hotel. A railway station in the corner of the park made the remote castle accessible to tourists. An 18-hole golf course was installed in the park. The Compagnie Internationale des Grands Hotels ran the hotel from 1898 onwards. It finally closed its doors in 1950, and was then destroyed by fire in 1968. The remains were demolished in 1970.Today only the "Tour Léopold", a pavilion in the beautiful park, remains of the vast castle. It serves as a club house to the Royal Golf Club du Château Royal d'Ardenne.

How To Get To Château royal d'Ardenne (Map):