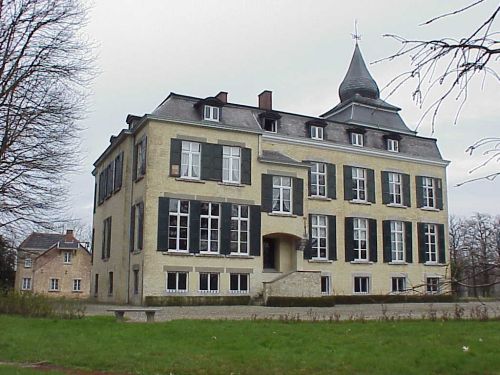 Location: Dilsen-Stokkem, province of Limburg, Belgium.
Built: 13th-18th century.
Condition: In good condition.
Ownership / Access: --
Notes: Ommerstein Castle (Dutch: Kasteel van Ommerstein) is a castle in the village of Rotem in the municipality of Dilsen-Stokkem, province of Limburg, Belgium. The history of the castle goes back to the 13th century, but most of the present Neo-classical building dates from the 18th century, although the donjon survives from earlier. The surrounding park is distinguished by its possession of a number of giant sequoias and cedars of Lebanon, including one believed to be the thickest in Belgium. There are also several ponds round the castle.