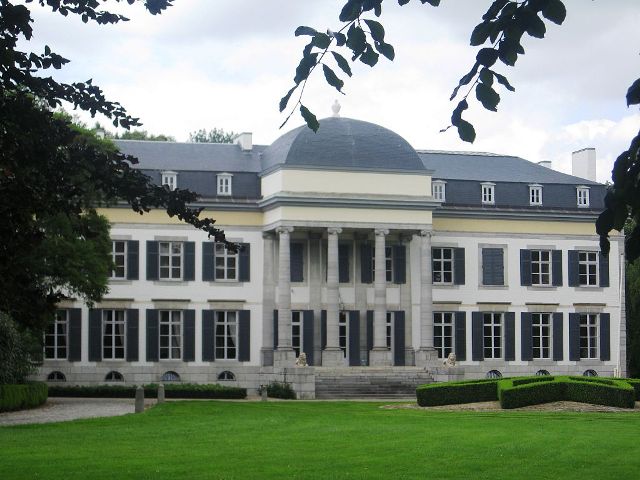 Location: Gors-Opleeuw, Limburg, Belgium.
Built: 19th-century.
Condition: In good condition.
Ownership / Access: --
Notes: Gors Castle (Dutch: Kasteel van Gors) is a 19th-century country house, in Gors-Opleeuw in the municipality of Borgloon, province of Limburg, Belgium. The original structure was a house of the 17th century, which was almost entirely rebuilt in the 1820s in a Neo-Classical style. The farm that was originally attached to the house was demolished in 1865 and rebuilt further away. Both house and farm have been protected monuments since 1986.