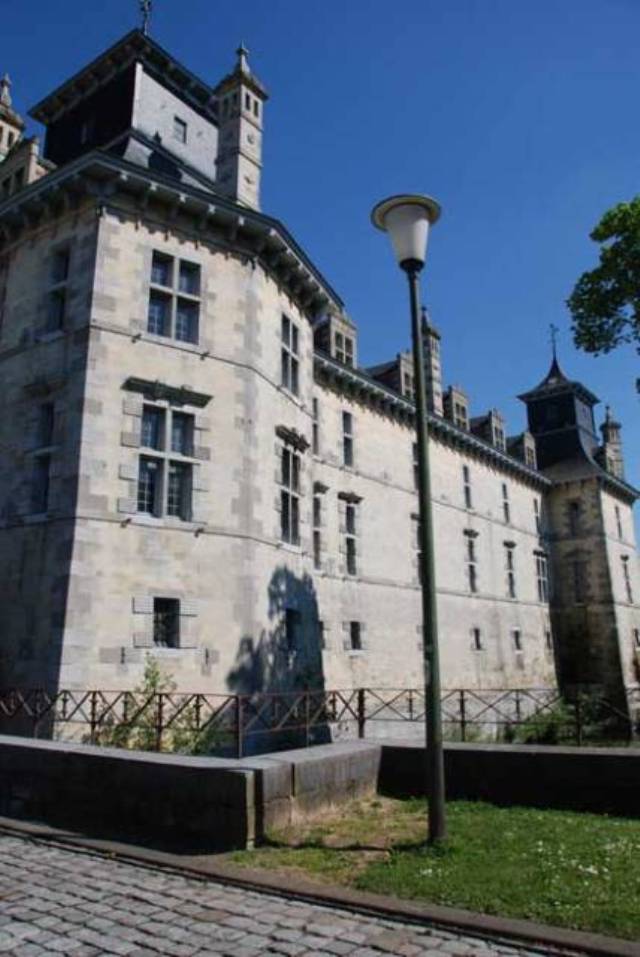 Location: Oud-Rekem, Belgium.
Built: 17th-century.
Condition: In good condition.
Ownership / Access: --
Notes: Aspremont-Lynden Castle (Dutch: Kasteel d'Aspremont-Lynden) is a castle in Oud-Rekem in the municipality of Lanaken, province of Limburg, Belgium. The present castle, on the site of a mediaeval predecessor, was constructed by the noble family of d'Aspremont Lynden, Counts of Rekem, in the early 17th century, in the style of the Maasland Renaissance. The building served during the 19th and 20th centuries as a prison and a psychiatric hospital.