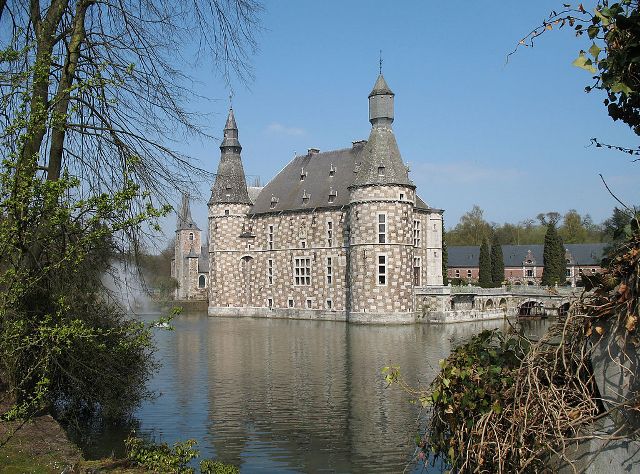 Location: Amay in the province of Liège in Belgium.
Built: 16th century.
Condition: In good condition.
Ownership / Access: Province of Liège.
Notes: Jehay Castle or Jehay-Bodegnée Castle (French: Château de Jehay or Jehay-Bodegnée) is a castle situated in the municipality of Amay in the province of Liège in Belgium.Most of the structure of the current château dates from the beginning of the 16th century. Of its medieval predecessor there remain only some vaulted basements of the former keep, dating from the 13th century. In the 19th century the castle was extensively renovated and extended by the famous architect Alphonse Balat in a sober Gothic Revival style. The beautifully decorated interior houses a collection of antique furniture, musical instruments, tapestry, paintings and other art objects. Since the end of the 17th century the castle has been the property of the Counts van den Steen de Jehay. After the death of the last Count van den Steen in 1999, the castle and its collections were acquired by the province of Liège. The domain is open to visitors every day except mondays, between April and October. The interior of the castle is closed for restoration (situation 2015).

How To Get To Jehay-Bodegnée Castle (Map):