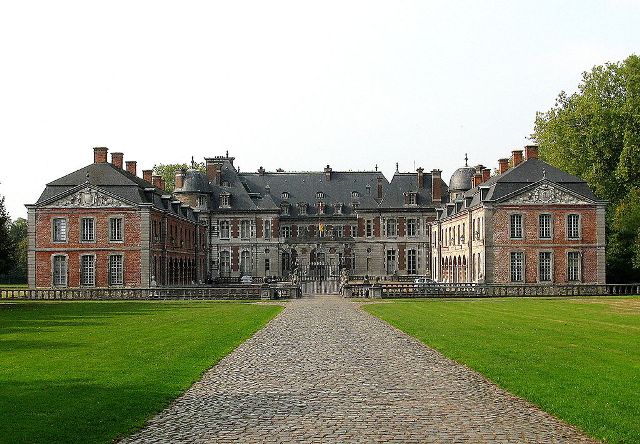 Location: Beloeil, Hainaut, Belgium.
Built: --
Condition: Rebuilt.
Ownership / Access: --
Notes: The Château de Beloeil is a château situated in the municipality of Belœil in the province of Hainaut, Belgium. Since the 14th century it has been the residence of the Prince de Ligne. The château lies in the middle of a magnificent Baroque garden designed in 1664. The château and gardens can be visited during spring and summer.Belœil became possession of the Ligne family in 1394. At the beginning of the 15th century the local castle was chosen as the principal residence of the family. The old castle was a fortified rectangular building with a moat surrounding it and had four round towers, one at each angle. This basic structure is still preserved, although the facades and interiors were greatly altered during the following centuries.

How To Get To Château de Beloeil (Map):