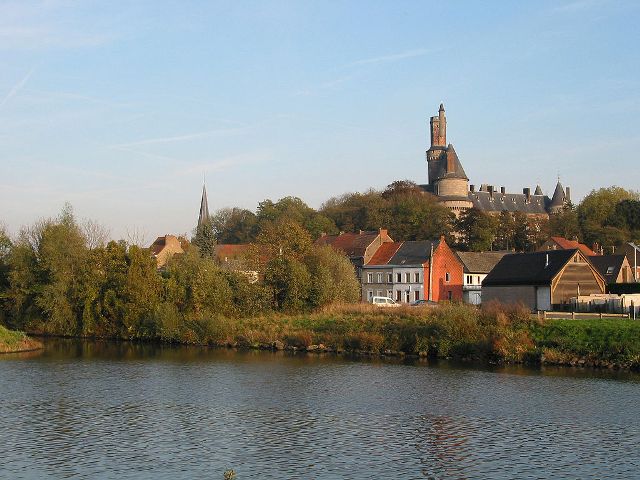 Location: Antoing, Belgium.
Built: First mentioned in the 12th century.
Condition: In good condition.
Ownership / Access: Privately owned.
Notes: Antoing Castle (French: Château d'Antoing) is one of Belgium's most original and well-known castles, situated in Antoing in Hainaut. It was first mentioned in the 12th century. Although the present structure of the castle dates from the 13th and 15th centuries, it was redesigned in Neo-Gothic style in the 19th century by the French architect Viollet-le-Duc. The castle at Antoing first belonged to the powerful Melun family, then passed in 1634 to the Princes de Ligne by inheritance, who still own it.