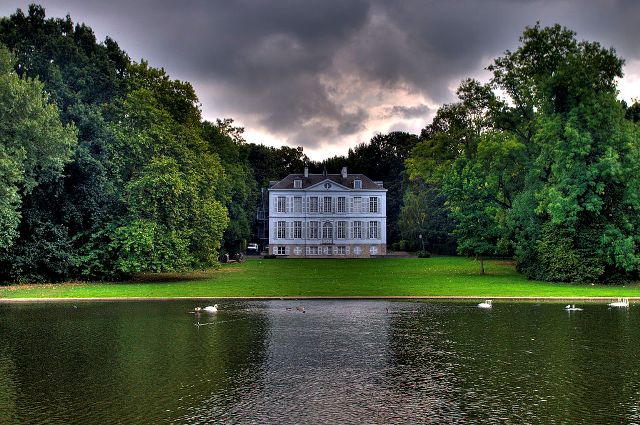 Location: Woluwe-Saint-Lambert, Brussels, Belgium
Built: 1776.
Condition: In good condition.
Ownership / Access: Owned by the municipality.
Notes: Château Malou (Dutch: Maloukasteel) is a neoclassical building in the municipality of Woluwe-Saint-Lambert in Brussels, Belgium. Château Malou is situated at an altitude of 52 meters.The château was built in 1776 in the neoclassic style by a wealthy merchant called Lambert de Lamberts. The current building replaced a small hunting lodge from the 17th century. One of the owners of the château was the orangist minister Pierre-Louis Van Gobbelschroy, until the end of the Dutch period in 1829. After Belgium gained its independence from The United Kingdom of Netherlands, the château changed owners and eventually passed to the finance minister of the new Belgian government, Jules Malou (1810–1886). Malou occupied the building from 1853 onwards and the building retains his name ever since. The château now is the property of the municipality of Woluwe-Saint-Lambert and is primarily used for cultural activities, exhibitions, etc.

How To Get To Château Malou (Map):