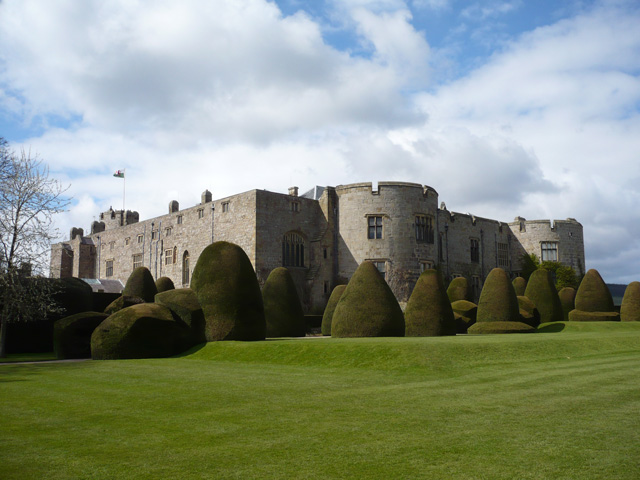 Location: Chirk, near Wrexham, Wales.
Built: 1295.
Condition: Intact.
Ownership / Access: National Trust.
Opening Times: Open to the public between March and October, with limited opening dates in November and December.
Price of Admission: Not Free. Check their website for more info.
Notes: Chirk Castle (Welsh: Castell y Waun) is a Grade I listed castle located at Chirk, near Wrexham, Wales. The castle was built in 1295 by Roger Mortimer de Chirk, uncle of Roger Mortimer, 1st Earl of March as part of King Edward I's chain of fortresses across the north of Wales. It guards the entrance to the Ceiriog Valley. It was the administrative centre for the Marcher Lordship of Chirkland. The castle was bought by Thomas Myddelton in 1595 for £5,000 (approx. £11 million as of 2008). His son, Thomas Myddelton of Chirk Castle was a Parliamentarian during the English Civil War, but became a Royalist during the 'Cheshire rising' of 1659 led by George Booth, 1st Baron Delamer. Following the Restoration, his son became Sir Thomas Myddelton, 1st Baronet of Chirke. During the 1930s the Castle was home to Thomas Scott-Ellis, 8th Baron Howard de Walden, a prominent patron of the arts and champion of Welsh culture. The Myddelton family resided at Chirk Castle until 2004. Lieutenant-Colonel Ririd Myddleton was an extra equerry to Queen Elizabeth II from 1952 until his death in 1988. The castle is in the ownership of the National Trust and is open to the public between March and October, with limited opening dates in November and December. Access is by road; the castle itself is located 1.5 mi (2.4 km) from the Chirk railway station. The property is also notable for its gardens, with clipped yew hedges, herbaceous borders, rock gardens and terraces and surrounded by 18th century parkland.

How To Get To Chirk Castle (Map):