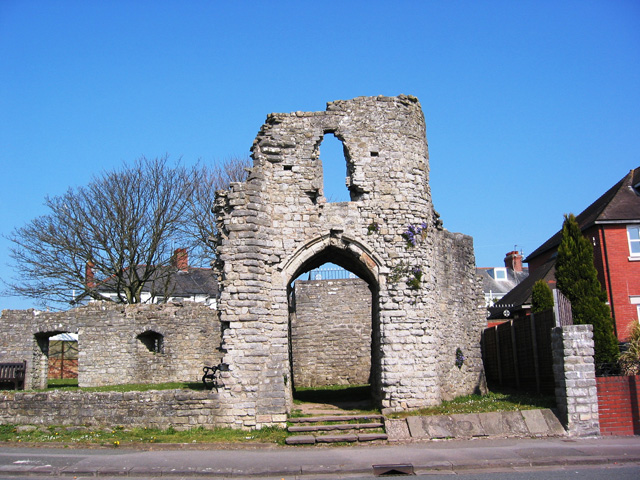 Location: Barry, Vale of Glamorgan in South Wales.
Built: 13th and 14th century.
Condition: Ruined.
Ownership / Access: Cadw.
Notes: Barry Castle is a small Grade II listed ruined two-storey gatehouse with the adjacent walls of a hall located in the Romilly district of Barry, Vale of Glamorgan in south Wales. The Norman castle was really little more than a small fortified manor house, the seat of the de Barry family, which was built in the 13th and 14th centuries to replace an earlier earthwork. By the late 13th century the castle had two stone buildings on the east and west sides of a courtyard, but nothing now remains of these above ground. Early in the 14th century the castle was strengthened by the addition of a large hall and gatehouse on its south side, and the ruins of these can be seen today.

How To Get To Barry Castle (Map):