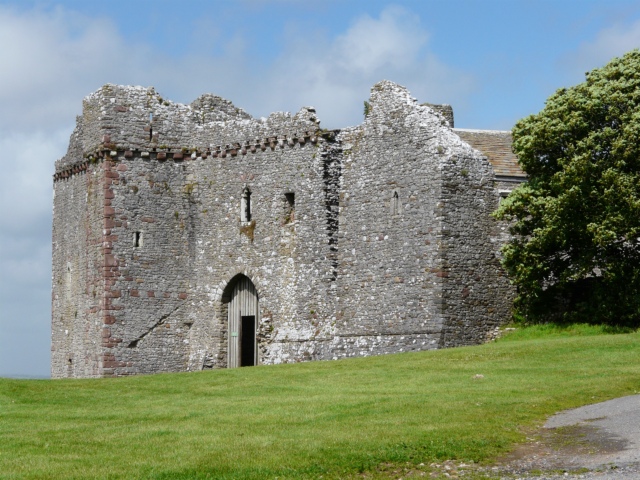 Location: Gower Peninsula, Wales.
Built: 13th century.
Condition: Ruin.
Ownership / Access: Cadw.
Notes: Weobley Castle (pronounced 'web-lee') is a fortified manor house on the Gower Peninsula, Wales in the care of Cadw. It is near the village of Leason overlooking Llanrhidian Marsh and the Loughor estuary. The castle dates from the 13th Century. It was attacked and damaged by the forces of Owain Glyndwr in 1403.

How To Get To Weobley Castle (Map):