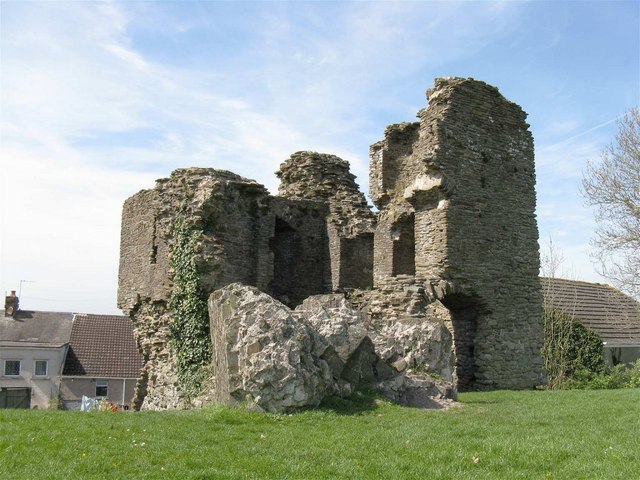 Location: Loughor, Swansea, Wales.
Built: 1106.
Condition: Ruin.
Ownership / Access: Cadw.
Opening Times: Check their website for more info.
Price of Admission: Check their website for more info.
Notes: Loughor Castle is a ruined, medieval fortification located in the town of Loughor, Wales. The castle was built around 1106 by the Anglo-Norman lord Henry de Beaumont, during the Norman invasion of Wales. The site overlooked the River Loughor and controlled a strategic road and ford running across the Gower Peninsula. The castle was designed as an oval ringwork, probably topped by wicker fence defences, and reused the remains of the former Roman fort of Leucarum. Over the next two centuries, the castle was involved in many conflicts. It was attacked and burnt, probably in the Welsh uprising of 1151, and was captured by the forces of Llywelyn the Great in 1215. John de Braose acquired the castle in 1220 and repaired it, constructing a stone curtain wall to replace the older defences. Attacked again in 1251, the castle was reinforced with a stone tower in the second half of the 13th century. It declined in importance during the late-medieval period, and by the 19th century, the castle was ruinous and overgrown with ivy. In the 21st century, Loughor Castle is controlled by the Welsh heritage agency Cadw and operated as a tourist attraction. The ruined tower and fragments of the curtain wall still survive on top of the ringwork's earthwork defences, which now resemble a motte, or mound, and are part of the Loughor Castle Park.

How To Get To Loughor Castle (Map):