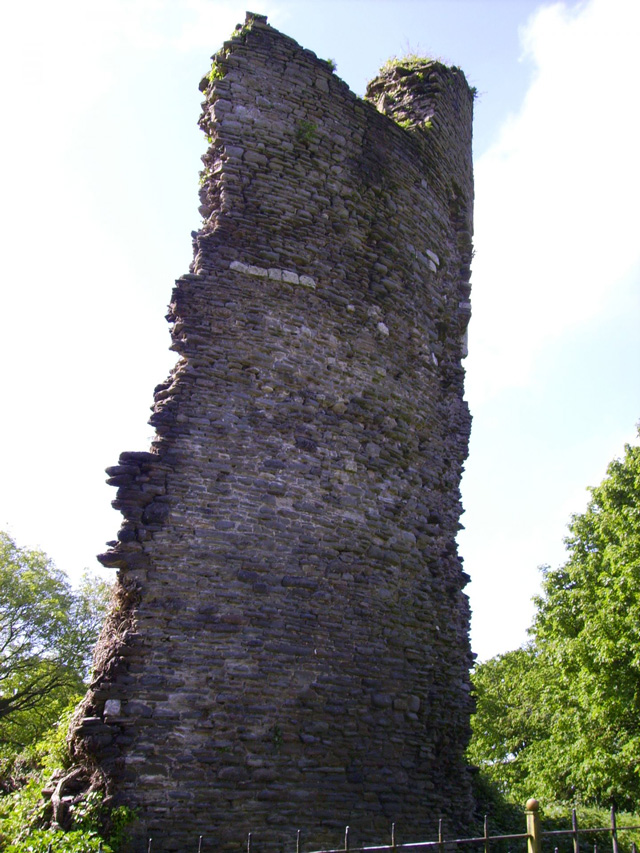 Location: Powys, Wales.
Built: 13th century.
Condition: Ruined.
Ownership / Access: --
Notes: Llantrisant Castle stands in parkland in the centre of the town though only one wall of the raven tower remains. Although initially built as a wooden fortification it was rebuilt as a stone structure around 1246 by Richard de Clare, Lord of Glamorgan. In 1294 the castle was damaged during the uprising against the Norman overlords, led by Madog ap Llywelyn, and again in 1316 by Llywelyn Bren. It is believed that the castle was destroyed in 1404 by Owain Glyndwr though there is no written proof of the event. John Leland reported the castle as ruined in his writings in 1536.