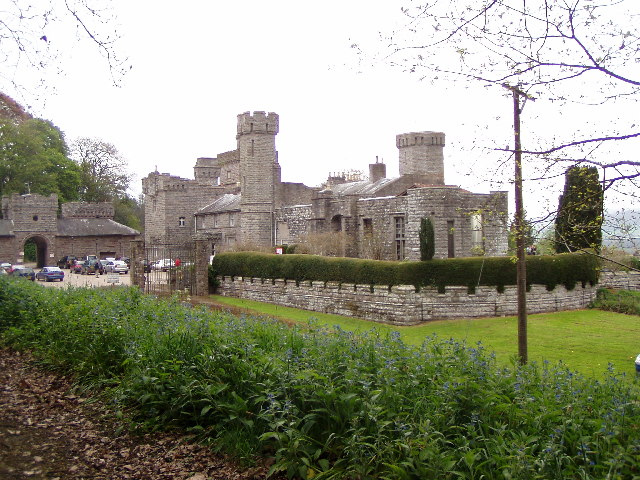 Location: Powys, Wales.
Built: Rebuilt 1715.
Condition: Intact.
Ownership / Access: Private residence.
Notes: Maesllwch Castle, overlooking Glasbury to the north, was built close to an original hall house of the Vaughan family which was later owned by Charles Lloyd. The house was rebuilt by the Howarths in 1715, when the surrounding park was also established. The current building was grandly conceived in castellated style by the architect William Lugar for the de Winton family in the mid-nineteenth century. In the Second World War it was requisitioned and used as a Canadian hospital and subsequently by the Land Army. Part of the castle was later demolished to reduce the costs of upkeep, but it remains an imposing private residence and a Grade II listed building.

How To Get To Maesllwch Castle (Map):