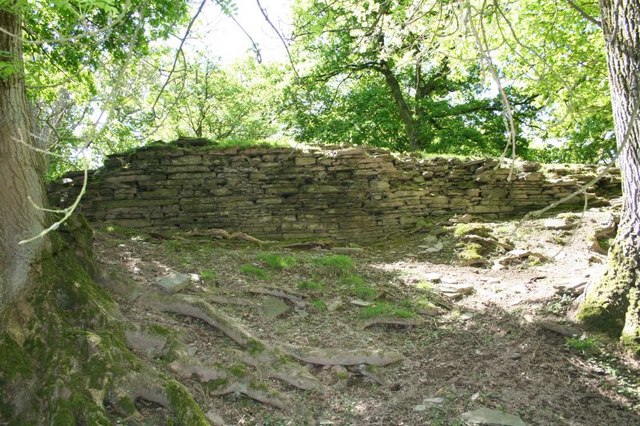 Location: Powys, Wales.
Built: 1093.
Condition: Ruined
Ownership / Access: --
Notes: The remains of Aberedw Castle, also known as 'Castle in Elfael Uwch Mynydd',[1] are located at the small village of Aberedw in the county of Powys, mid-Wales. The castle was signed to Walter Heckelutel, as a License of the Crenellate, by King Edward I of England on November 24, 1284. This license to crenellate was thought of as a way for central authority to exert power over the lords, although this is not confirmed. It is also suggested however, that the castle dates back to 1093 when the Normans invaded South Wales. At the time of the construction of Aberedw, castles were built for a certain symbolism. The license to crennellate showed a symbolic power for central authority. This castle also has a different symbolism to the people of Wales. Aberedw is more famously known to be the residence of Llewelyn ap Gruffydd. This man is very well known as the last native Prince of Wales. Aberedw was the last retreat Llewelyn made before he was killed and beheaded by Adam Francton, who then had his head sent to the King of England, in 1282. It was a rectangular stone castle with circular towers,[5] surrounded by a moat approximately 10 to 20 meters wide. Today it is a ruin, as it was destroyed by railway works in the 19th century. Many stones from the castle were used in the construction of the foundations of the track.