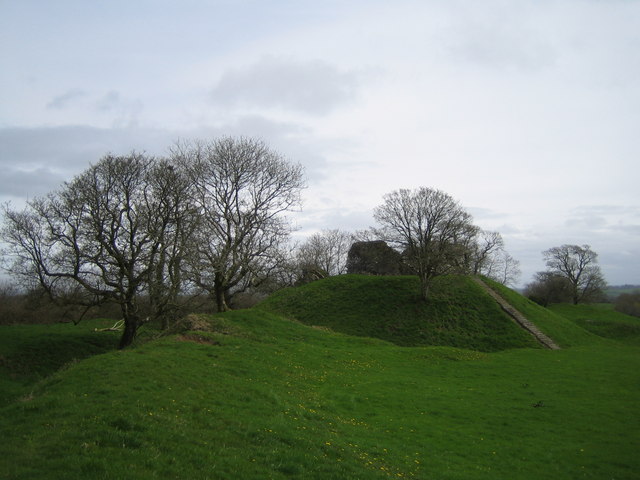 Location: Pembrokeshire village of Wiston in south west Wales.
Built: 12th century.
Condition: Ruin.
Ownership / Access: Cadw.
Opening Times: Freely accessible..
Price of Admission: Free.
Notes: Wiston Castle (Welsh: Castell Cas-wis) is a motte and bailey castle in the Pembrokeshire village of Wiston in south west Wales. It was abandoned during the thirteenth century and is one of the best examples of its type in Wales. The castle is situated opposite St Mary Magdalene Church and there are approximately 75 steps that go up to it. It is in the care of Cadw. The castle was founded by a Flemish knight called Wizo, from which the castle gets its name. The Welsh captured Wiston on 1147 and 1193, but on both occasions it was quickly recaptured. It was demolished in 1220 by Llywelyn the Great but restored by William Marshall the younger, Earl of Pembroke. The shell keep on the summit of the Motte is typical of the Norman stonework of the time. The castle was abandoned after Sir John Wogan built Picton Castle at the end of the 13th century.

Wiston Castle On Wikipedia
Cadw's page for it