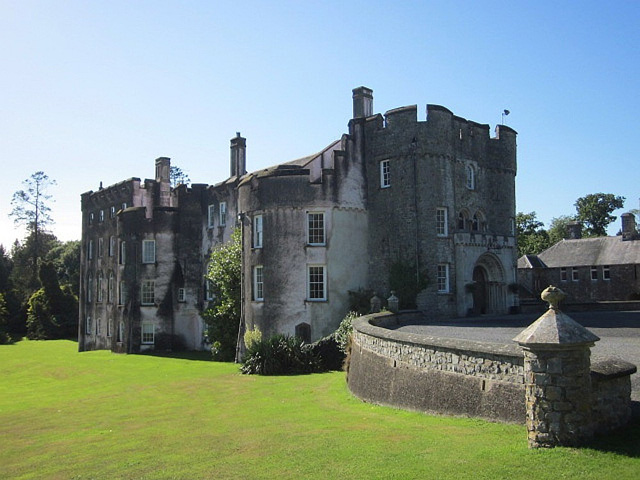 Location: Haverfordwest in Pembrokeshire, Wales.
Built: 13th century.
Condition: Intact.
Ownership / Access: Picton Castle Trust.
Opening Times: Check their website for more info.
Price of Admission: Check their website for more info.
Notes: Picton Castle (Welsh: Castell Pictwn) is a medieval castle near Haverfordwest in Pembrokeshire, Wales. Originally built at the end of the 13th century by Sir John Wogan and is still inhabited by his descendants, the Philipps family (see Baron Milford and Viscount St Davids). The estates, gardens and parkland of Picton Castle was once part of the larger Manor of Wiston, but became a separate holding, replacing Wiston Castle by the 13th century. Picton Castle began as a motte castle and was reconstructed in stone by the Wogan family during the 13th century. In 1405, French troops supporting Owain Glyndwr attacked and held the Castle, and it was seized again during the English Civil War in 1645 by Parliamentary forces. The Picton Castle estate was acquired by the Philipps family when Sir Thomas ap Philipps of Cilsant married Jane, daughter and heiress of Sir Henry Dwnn, of Picton in the 1490s. Sir John Philipps, who inherited the castle in the 15th century, remodelled the building and created a new entrance which remained until the 1820s when a new entrance was designed by Thomas Rowlands (who also designed Slebech Church). The estate remained with the Philipps family until the death of Lord Milford in 1823, when it was inherited by his cousin Richard Grant, who assumed the surname Philipps and was created a Baronet in 1828 and Baron Milford in 1847. His heir was his half-brother, the Reverend James Henry Alexander Philipps (formerly Gwyther), who assumed by royal licence the surname and arms of Philipps. On his death the estate passed to his son-in-law, Charles Edward Gregg Philipps, who was created a Baronet, of Picton, in 1887 (see Philipps Baronets) then to Sir Richard Foley Foley-Philipps, cousin of Sir John Erasmus, and grandson of Charles Edward Gregg Philipps.[ The estate is now run by the Picton Castle Trust, and the present board member, Susie Philipps, lives in a lodge in the grounds.

How To Get To Picton Castle (Map):