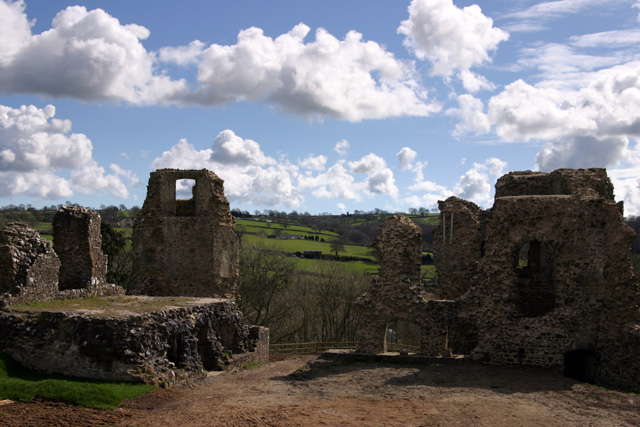 Location: Narberth, West Wales.
Built: 13th Century.
Condition: Ruins.
Ownership / Access: --
Notes: The castle never changed hands throughout the Glyndwr rebellion and was slighted after being taken by Oliver Cromwell in the English Civil War. Excavations have found more than 20 graves on the north side dating from the 12th century to the 13th, hinting that the area may have once been the site of a church. In the early part of the 20th century, the annual town fair held a procession which ended in the castle, with dancing and music. In 2005, the castle was opened again to the public after being taken over by the council and made safe. At the opening ceremony, the official documents confirming the 'twinning' of Narberth and Ludlow were signed by the towns' mayors. There was also a performance of a specially written adaptation by Derek Webb of the Mabinogion tale Culhwch and Olwen featuring many local children and a giant boar made by a local artist. The Castle was lent to the council on a 100 year lease by Graham Charles Browning in 2005.