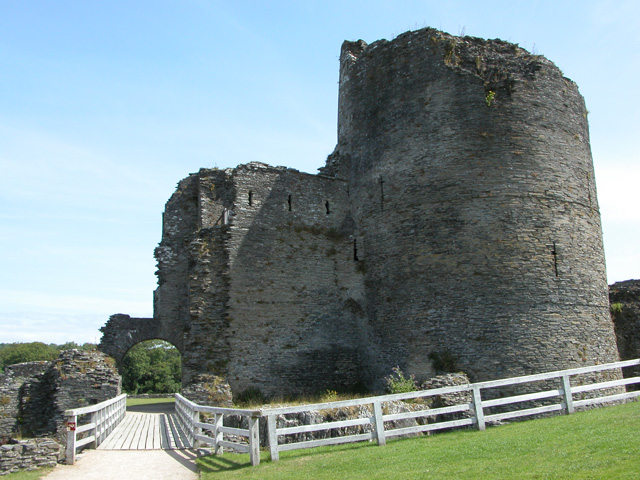 Location: Cilgerran, Pembrokeshire, Wales.
Built: 13th century.
Condition: Ruined.
Ownership / Access: National Trust.
Notes: Cilgerran Castle is a 13th-century ruined castle located in Cilgerran, Pembrokeshire, Wales, near Cardigan. The castle is a National Trust property, in the guardianship of Cadw: Welsh Historic Monuments Executive Agency. The castle sits on a rocky promontory above the River Teifi. An earth and timber castle is believed to have been built around 1100, though the existing masonry dates from around 13th century. This castle may have been the scene of the abduction of Nest the wife of Gerald of Windsor by Owain ap Cadwgan and fifteen companions at Christmas 1109. The chronicles refer to this as having taken place at the castle of "Cenarth Bychan", which is thought to have been Cilgerran. In 1215 the castle was taken by Llywelyn the Great. In 1223 the castle was recaptured by William Marshal the younger, Earl of Pembroke, who rebuilt the castle in its present form. It was later granted by Henry VII to the Vaughan family and they continued to occupy it until the early 17th century, when they built a new house nearby. The castle is largely ruinous, though two substantial towers remain. From the castle there are pleasant walks down to the River Teifi.

How To Get To Cilgerran Castle (Map):