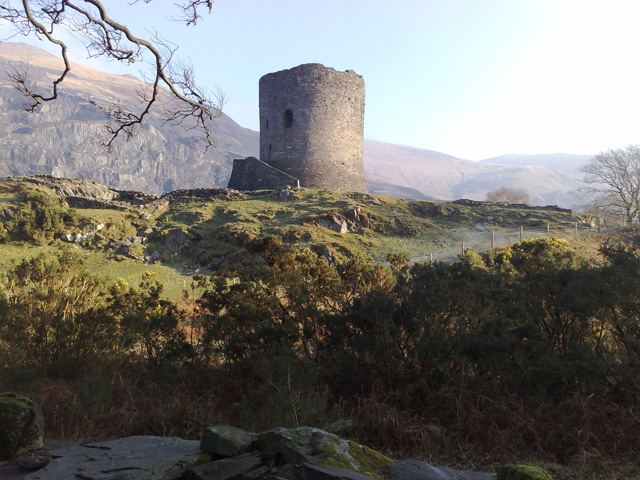 Location: Gwynedd, Wales.
Built: 1220s or the 1230s.
Condition: Ruined.
Ownership / Access: Cadw.
Notes: Dolbadarn Castle is a fortification built by the Welsh prince Llywelyn the Great during the early 13th century, at the base of the Llanberis Pass, in North Wales. The castle was important both militarily and as a symbol of Llywelyn's power and authority. The castle features a large stone keep, which historian Richard Avent considers "the finest surviving example of a Welsh round tower". In 1284 Dolbadarn was taken by Edward I, who removed some of its timbers to build his new castle at Caernarfon. The castle was used as a manor house for some years, before falling into ruin. In the 18th and 19th century it was a popular destination for painters interested in Sublime and Picturesque landscapes. It is now owned by Cadw and managed as a tourist attraction, and is protected as a grade I listed building.

How To Get To Dolbadarn Castle (Map):