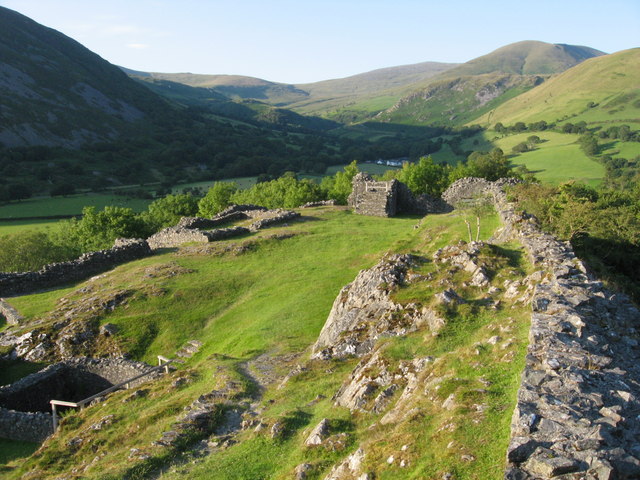 Location: Llanfihangel-y-pennant in Gwynedd, Wales.
Built: Began 1221.
Condition: Ruin.
Ownership / Access: Cadw.
Notes: Castell y Bere is a Welsh castle near Llanfihangel-y-pennant in Gwynedd, Wales. Constructed by Llywelyn the Great in the 1220s, the stone castle was intended to maintain his authority over the local people and to defend the south-west part of the princedom of Gwynedd. In 1282 war with Edward I of England resulted in the death of Llywelyn's grandson, Llywelyn ap Gruffudd, and Castell y Bere fell to English forces. Edward I expanded the castle further and established a small town beside it. In 1294 the Welsh leader Madoc ap Llywelyn mounted a major revolt and the castle was besieged and apparently burnt. Edward did not repair it and it became ruined. Today it is in the hands of Cadw and operated as a tourist attraction.

How To Get To Castell y Bere (Map):