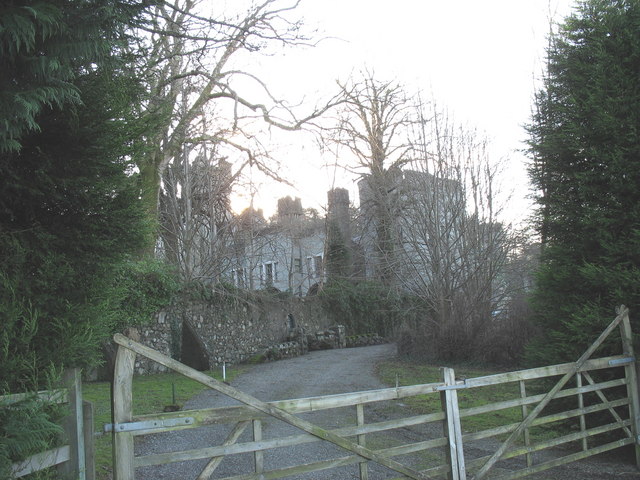 Location: Caernarfon, Gwynedd, Wales.
Built: between 1829 and 1835,
Condition: Restored.
Ownership / Access: --
Notes: Bryn Bras Castle is a Grade II* listed country house located on the old road between Llanrug and Llanberis. Known locally as the Clegir road, in Caernarfon, Gwynedd. It was built in a neo-Romanesque style between 1829 and 1835 on the site of an earlier structure by architect Thomas Hopper for Thomas Williams (1795-1874), an attorney at law. It was bought in 1897 by Capt. Frank Stewart Barnard, High Sheriff of Caernarvonshire for 1903-04, who stayed at the castle until his death in 1917, running it as a stud. It was later owned by the oil millionaire Duncan Elliot Alves (1870-1947), who was Mayor of Caernarvon for six years and High Sheriff of the county for 1931�32. After Alves' death in 1938 the estate changed hands a number of times and much of the surrounding land sold off. The site of the first motorcycle Dragon rally in 1962, the house has been converted into luxury holiday apartments.

How To Get To Bryn Bras Castle (Map):