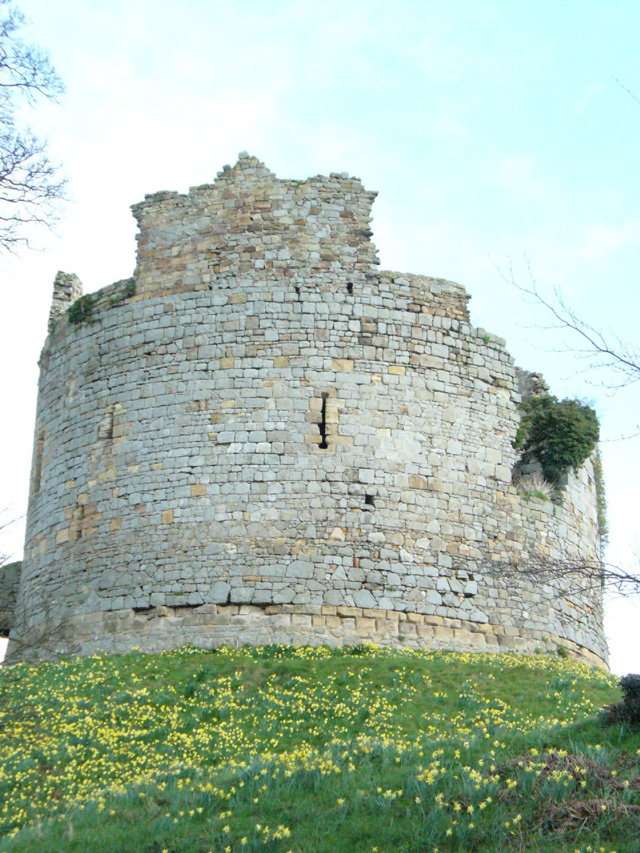 Location: Hawarden, Flintshire, Wales.
Built: late 13th century.
Condition: Ruins.
Ownership / Access: --
Notes: Hawarden Old Castle is a Grade I listed medieval castle near Hawarden, Flintshire, Wales. Its oldest origins are indeterminate and the oldest fortifications on this site may date back to the Iron Age, later being used as a Norman Motte-and-bailey castle which was reportedly destroyed and replaced in a short period during the 13th century. The castle played an important role during the Welsh struggle for independence in the 13th century. At Easter 1282, Dafydd ap Gruffudd attacked Hawarden Castle, thereby starting the final Welsh conflict with Norman England, in the course of which Welsh independence was lost. King Edward I's sense of outrage was such that he designed a punishment for Dafydd harsher than any previous form of capital punishment; Dafydd was hanged, drawn, and quartered in Shrewsbury in October 1283. In 1294 the castle was captured during the revolt of Madog ap Llywelyn. After the English Civil War in the 17th century the castle was slighted on the orders of Oliver Cromwell. Its ruins are on the New Hawarden Castle estate and are open to the public on some Sundays, typically the second and fourth Sundays in summertime.