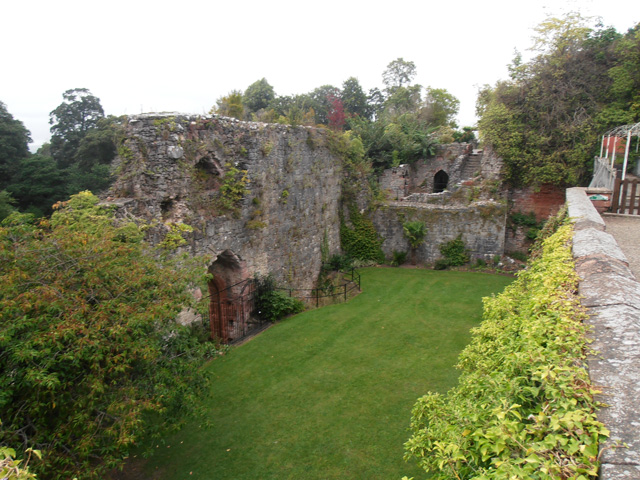 Location: Denbighshire, Wales.
Built: 13th century,
Condition: Ruin.
Ownership / Access: --
Notes: Ruthin Castle is a medieval castle fortification in Wales, near the town of Ruthin in the Vale of Clwyd. It was constructed during the late 13th century by Dafydd, the brother of Prince Llywelyn II, on a red sandstone ridge overlooking the valley. The castle was most notably the base of that branch of the noble de Grey family accorded the title "Barons Grey de Ruthyn" and the head of their marcher lordship of Dyffryn Clwyd. It was a base for Reginald Grey, 3rd Baron Grey de Ruthyn - the man who could be said to have sparked the rebellion of Owain Glyndwr. During the English Civil War Oliver Cromwell's forces dismantled and demolished the castle, in a process of organised defortification called slighting, to prevent castles being militarily viable in the future. In 1923 the castle became Britain's first private hospital for the investigation and treatment of obscure internal diseases. Since the 1960s the castle remains have been incorporated into a hotel.