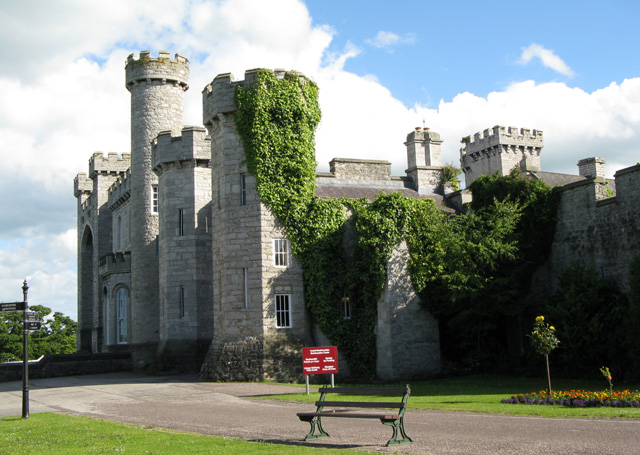 Location: Bodelwyddan, Rhyl, Denbighshire, Wales.
Built: 1460.
Condition: Intact.
Ownership / Access: Clwyd County Council.
Notes: Bodelwyddan Castle, close to the village of Bodelwyddan, near Rhyl, Denbighshire in Wales, was built around 1460 by the Humphreys family of Anglesey as a manor house. Its most important association was with the Williams-Wynn family, which extended for around 200 years from 1690. It is now a Grade II* Listed Building. In the 1980s, the site was bought by Clwyd County Council with the aim of developing the castle as a visitor attraction. Partnerships were formed with the National Portrait Gallery and the Royal Academy of Arts, so that the castle could be used to display objects from these collections. In order to house these items, the interior of the castle was restored by Roderick Gradidge, an expert on Victorian architecture. Part of the site was leased to the Rank Organisation in 1994 for development into a luxury hotel, Bodelwyddan Castle Hotel, and is now run by Warners, who are part of the Bourne Leisure. The historic house and grounds are not part of the hotel but are managed by an independent trust and are open to the public.There have been many reports of ghost sightings at the castle, including that of a soldier in one of the galleries. Sir John Hay Williams wrote in 1829 that, during a period of refurbishment, human bones were found near one of the chimneys. They were built back into the wall, which means they remain there to this day.

How To Get To Bodelwyddan Castle (Map):