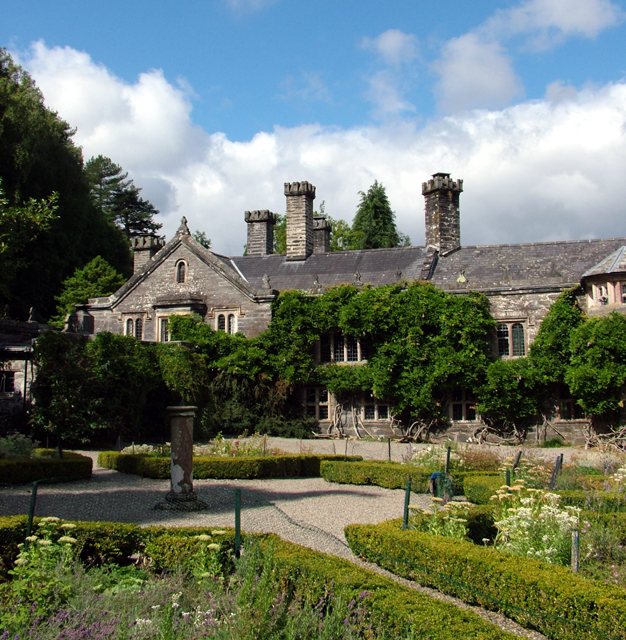 Location: Conwy valley, Wales.
Built: 16th century.
Condition: Intact.
Ownership / Access: Peter Welford and his wife.
Notes: There has been a fortification of some sort on the site since AD 600, and in the Middle Ages a large number of skirmishes were fought in this area between the various rival Welsh princes and their forces, the most significant being in 610 and 954.By the 14th century some form of manorial house had evolved, and the first recorded owner was Howell ap Coetmor, who fought in the Hundred Years' War and was a commander of longbowmen under Edward, the Black Prince at the Battle of Poitiers in 1356. Gwydir became the ancestral home of the powerful Wynn family, descended from the Kings of Gwynedd, and one of the most significant families of north Wales during the Tudor and Stuart periods. Following the Wars of the Roses the castle was rebuilt by Meredith ap Ieuan ap Robert, the founder of the Wynn dynasty. The house incorporated re-used mediaeval material from the dissolved Abbey of Maenan. The square turret at the rear of the Solar Tower contains a spiral staircase taken from the Abbey and many elaborately carved stones can also be seen. The turret was added around 1540 and Sir John Wynn's initials can be seen above the main entrance in the courtyard gatehouse along with the date of 1555. The surviving buildings date from around the year 1500, and there were alterations and additions in c1540, c1600 and c1828, the latter after Lord Willoughby had done a fair bit of demolishing in c1819. Although called a castle, it is an example of a Tudor architecture courtyard house or fortified manor house, rather than a traditional castle, such as those built in North Wales by Llywelyn the Great and Edward I. Gwydir was home to Katheryn of Berain. King Charles is said to have visited Gwydir in 1645 as the guest of Sir Richard Wynn, 2nd Baronet, Treasurer to Queen Henrietta Maria, and Groom of the Royal Bed Chamber. More recently King George V and Queen Mary stayed here as the Duke and Duchess of York, in April 1899.The castle is now privately owned by Peter Welford and his wife, Judy Corbett. They purchased the castle in 1994. They then began a programme of conservation with authenticity as the main consideration. The story of the restoration is told in Judy Corbett's book Castles in the Air.

How To Get To Gwydir Castle (Map):