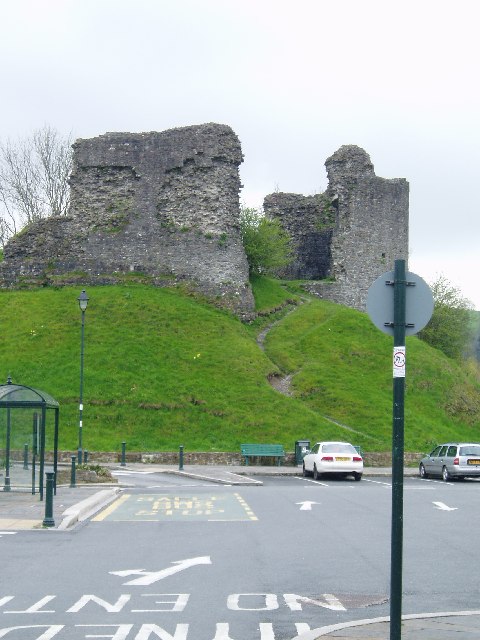 Location: Llandovery in Carmarthenshire, Wales.
Built: 11th century.
Condition: Ruin.
Ownership / Access: --
Notes: Llandovery Castle is a castle ruin in the town of Llandovery in Carmarthenshire, Wales. It occupies a knoll overlooking the River Towy and the land surrounding it. The Normans began construction of the castle in 1116, and shortly thereafter stopped. It was attacked and partially destroyed by Welsh forces under Gruffydd ap Rhys. The castle remained in Norman hands until 1158, when Rhys ap Gruffydd, youngest son of Gruffydd ap Rhys, seized the castle from its owner. The castle changed hands over the next several years, finally falling to the English under Edward I in 1277. It was briefly retaken by Welsh forces under Llywelyn ap Gruffudd in 1282. It was attacked during the Owain Glyndwr rebellion in 1403 and left a partial ruin. The castle fell into decline beginning in the 14th century and was never rebuilt. Today it is easily accessible being a very short walk from Llandovery town centre, and the site of the statue of Llywelyn ap Gruffydd Fychan.