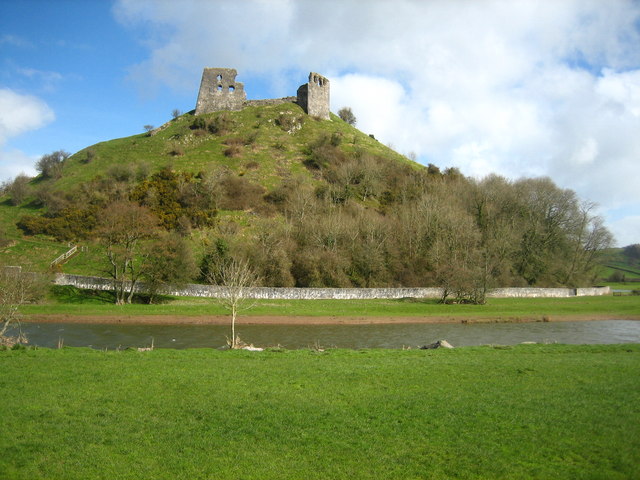 Location: Llandeilo in Carmarthenshire, Wales.
Built: 1220s.
Condition: Ruin.
Ownership / Access: --.
Notes: Dryslwyn was seized by Owain Glyndwr in the summer of 1403. Owain Glyndwr is reputed to have spent a night inside the castle with the Warden previously. The castle of limestone walls was built in the 1220s, and appears to have been demolished in the early 15th Century, in an attempt to stop Welsh rebels using it. The polygonal inner ward contains principal remains to the south west, with traces of middle and outer wards to the north east. The early 13th Century curtain wall to the inner ward only stands 1m high. There is a garderobe to the east side, and a remodelled 13th Century gatehouse to the north east, surviving at foundation level only. On the south side of gatehouse is the round tower, the original keep. The foundations of the original great hall and Rhys ap Maredudd's hall survive.

How To Get To Dryslwyn Castle (Map):