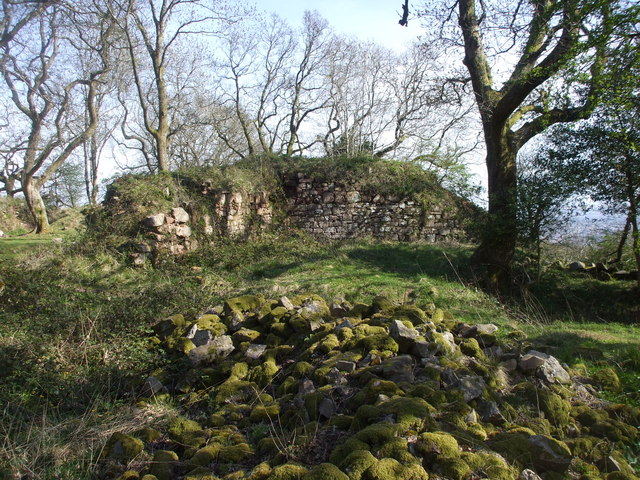 Location: Caerphilly, Wales.
Built: 13th century.
Condition: Ruins.
Ownership / Access: --
Notes: Morgraig Castle (Welsh: Castell Morgraig) is a ruined castle, which lies close to the southern borders of the county borough of Caerphilly, overlooking Cardiff in Wales. It was built in the 13th century, but there is some debate as to who actually built the castle, either Gilbert de Clare or the Lord of Senghennydd. The castle appears to have never been occupied or completed. It is now a scheduled monument and a Grade II listed building.