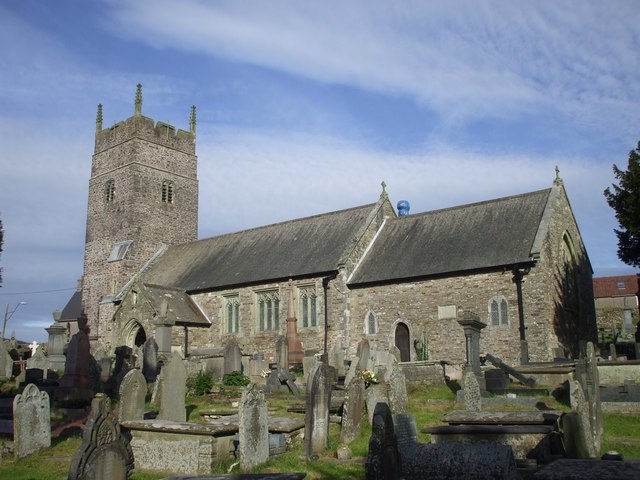 Location: Bridgend County Borough, Wales.
Built: 1147.
Condition: Ruins.
Ownership / Access: --
Notes: The village is the site of Llangynwyd parish church, the ruins of Llangynwyd castle and one of the oldest pubs in Wales (the Old House, dating from 1147.) The placename Llangynwyd refers to the hilltop village with a church dedicated to St Cynwyd, a sixth-century chief, the son of Cynfelyn. The church was founded by St Cynwyd in the 6th century. All that remains of the original structure is the stone socket of a wooden cross, which can be seen in the wall above the entrance. The church was rebuilt in the 13th century and has since been restored several times. The square tower dates from the 15th century and was completely restored in 1893. The church has the biggest private cemetery in Europe. The old village of Llangynwyd, "Top Llan", was the home of the legendary Maid of Cefn Ydfa, featured in the song "Bugeilio'r Gwenith Gwyn". It was also the home of the poet Wil Hopcyn, said to have written it. The antiquary T. C. Evans was born in the parish. The village still celebrates the New Year, or Calennig, with the Mari Lwyd: a horse's skull draped in a white sheet with flowers. Today the "old" village of Llangynwyd is commonly referred to as "Top Llan" and the more recent and much larger adjoining village is simply called "Llangynwyd".

How To Get To Llangynwyd Castle/St Cynwyd Church (Map):