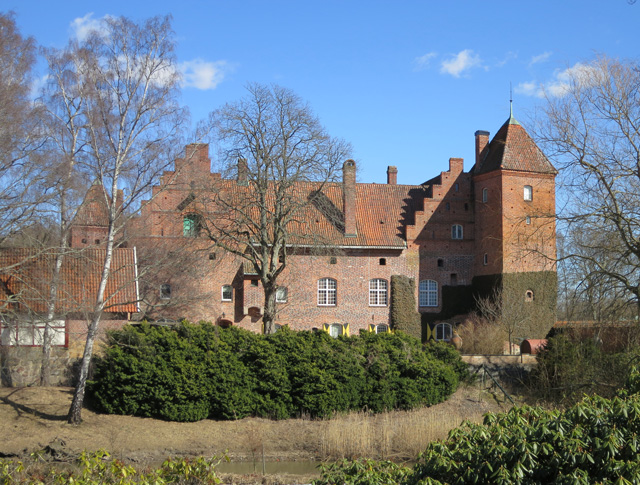 Location: Angelholm Municipality, Scania, in southern Sweden.
Built: 16th century.
Condition: Intact.
Ownership / Access: Private residence. Geijer family.
Notes: Vegeholm Castle (Swedish: Vegeholms slott) is a castle in Angelholm Municipality, Scania, in southern Sweden. The castle is a three story stone house with a high, split roof that lies around an almost quadratic yard. In two corners there are large, square towers. On both sides of the north facade there are two free laying long buildings.Vegeholm Caste was first built as a Danish castle in the early 16th century, and was burned in 1525. It was rebuilt again in 1530 by the Danish Tyge Krabbe. It was owned by his family until 1663, when it was bought by Gustaf Otto Stenbock. After his death it was first possessed by Olof Nilsson Engelholm and thereafter by Johan Cedercrantz. His family owned Vegeholm Castle until 1814 when it was thoroughly renovated. It changed owners several times in the 19th century and among other the families Ehrenborg and Sjocrona. In the early 20th century it was bought by Wilhelmina and Walther von Hallwyl who gave it as a gift to their daughter Irma von Geijer and her husband Wilhelm von Geijer and restored and renovated it. Vegeholm Castle is still owned and inhibited by the von Geijer family.