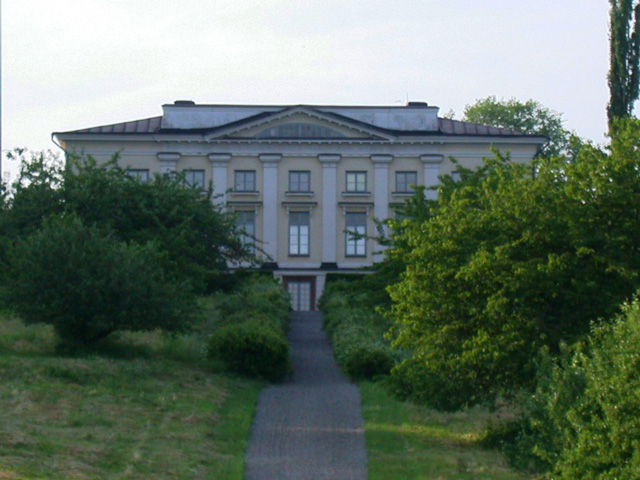 Location: Motala in Ostergotland, Sweden.
Built: 19th century.
Condition: Intact.
Ownership / Access: Private residence.
Notes: Ulvasa, or Ulfasa, is an mansion by lake Boren outside Motala in Ostergotland, Sweden. The construction of the present mansion began in the 16th century. In the early 19th century a third floor was added and it got its present architecture. The medieval Ulvasa was situated a few kilometers west of the present mansion. Today, there are ruins left of the manor where Saint Bridget of Sweden lived most of her life. After the death of her husband the manor was abandoned and a new resident was built at Brittas, 1 km south of the current mansion. The mansion is a private residence and is not open to the public. A walking trail circulate the mansion and leads through the English park, which is open to the public all year.

How To Get To Ulvasa Manor (Map):