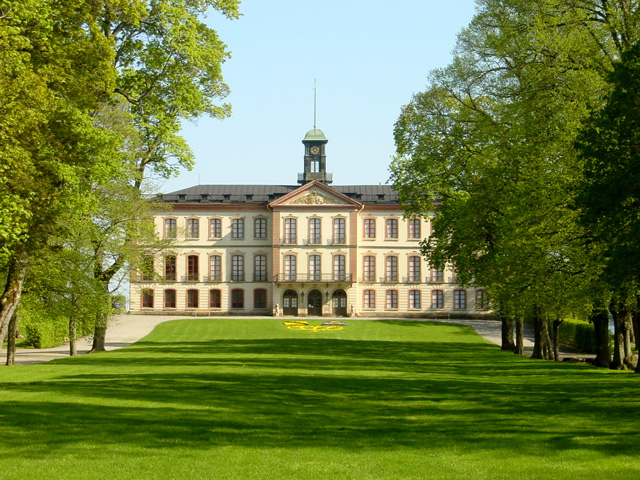 Location: Sodertalje Municipality, Stockholm County Sweden.
Built: 18th century.
Condition: Intact.
Ownership / Access: Museum.
Opening Times: Check their website for more info.
Price of Admission: Check their website for more info.
Notes: Tullgarn Palace (Swedish: Tullgarns slott) is a royal summer palace in the province of Sodermanland, south of Stockholm, Sweden. Built in the 1720s, the palace offers a mixture of rococo, Gustavian and Victorian styles. The interior design is regarded as one of Sweden's finest. Tullgarn Palace is mainly associated with King Gustaf V and Queen Victoria, who spent their summers here at the end of the 19th century and beginning of the 20th century. However, the palace was originally built for Duke Fredrik Adolf in the 1770s. Since Tullgarn was a popular summer palace amongst Swedish royalty, the palace houses fine examples of interiors from different epochs and personal styles, such as the small drawing room, decorated in the 1790s, the breakfast room in southern German Renaissance style from the 1890s and Gustav V's cigar room, which has remained largely untouched since his death in 1950.

How To Get To Tullgarn Palace (Map):